Water regulation in your body 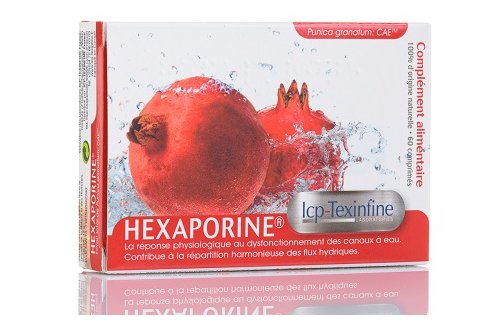 Pomegranate provides a harmonious distribution of water in the body, reduces the sensation of heavy legs and helps fight against cellulite. Hydration by aquaporins.

HEXAPORINE® 5 allows for a better distribution of water in the body. HEXAPORINE® 5 protects the water channels (aquaporins) against any blockage thus helping the free passage of water. HEXAPORINE® 5 has the property of restoring water balance responsible for the hydration of our body, by restoring the expression of the aquaporins when these are altered by age and / or alternating successive hormonal cycles.

Box of 60 tablets
VIDAL referencing since 2008

WHAT IS HEXAPORINE® 5 USED FOR ?

Did you know ? What are aquaporins ?

The average amount of water in an adult organism is 65%, which corresponds to about 45 liters of water for a 70 kg person. Water is therefore the main constituent of the human body. In health terms, the smooth running of this water management system is vital. This water is distributed in the cells of our tissues thanks to aquaporins.

Inserted into the membranes of our cells, small protein channels called aquaporins play an important role in the transport of water and glycerol, in the filtration, absorption and secretion of body fluids. Discovered in 2003 by Peter Agre, aquaporins are present in all living tissues and form a real hydraulic network dedicated to the harmonious distribution of water in our body. The role of aquaporins in the blood is considerable, not only in the maintenance of cell structure but also at the vascular level in the regulation of blood pressure. Aquaporins also play a role both at the renal and intestinal level. Indeed, some water transport disorders result in disturbances of the intestinal transit.

More than 450 proteins in the aquaporin family have been found in organisms such as bacteria, yeast, insects, plants and animals. To date, 13 aquaporins (AQ1 to AQ13) have been identified in humans. AQP1, AQP2, AQP4, AQP5, AQP6 and AQP8 are called strict aquaporines: they only carry water. AQP3, AQP7, AQP9 and AQP10 allow the selective passage of water and glycerol and other solutes, and are called aquaglyceroporines. During evolution, the conservation of the genes of the aquaporins makes it possible to explain the similarity of these genes between the plant world and the animal world.

The pomegranate, Punica granatum, is a plant that excels in the management of its water capital. Pomegranate is one of the few fruits rich in estrogen without affecting the management of its water supply and hydration. The multi-millennial mechanisms that allowed the pomegranate (Punica granatum) to adapt to its environment are due to a substance regulating the functioning of aquaporins, contained in the fleshy part of the fruit. This substance, a bioregulator patented under the name CAE™, is the essential component of the food supplement HEXAPORINE® 5.
In cell culture, CAE™ extract increases the expression of aquaporin AQP-2. The expression of AQP-2 by HEXAPORINE® 5 being independent of the hormonal pathway, it has no significant impact on the vasopressin receptors (Anti-Diuretic Hormone).

HEXAPORINE® 5 can restore water homeostasis in people, whose body has lost its regulatory abilities because of age and / or alternating successive hormonal cycles. HEXAPORINE® 5 helps to restore the volume and adequate rate of cell water renewal, cellular hydration through the elimination of metabolic waste, better nutrition and better cellular communication.

2 to 4 tablets a day, taken orally preferably before the meal.
The duration of use depends on the individual physiological state: from a few weeks for a temporary phenomenon to several months in case of need.

HEXAPORINE® 5 is a dietary supplement containing the BIOMIMETIC REGULATOR®, CAE™ 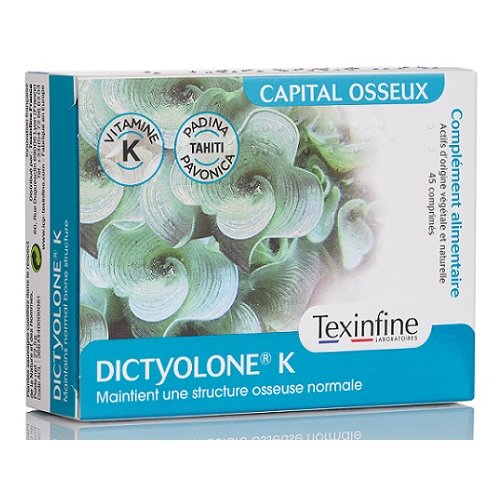 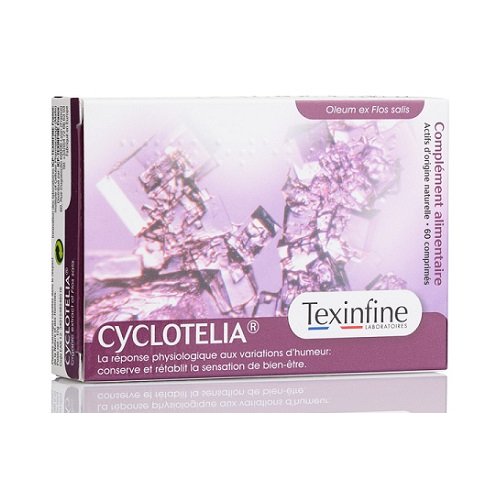 The hidden treasure of the Flower of salt... From 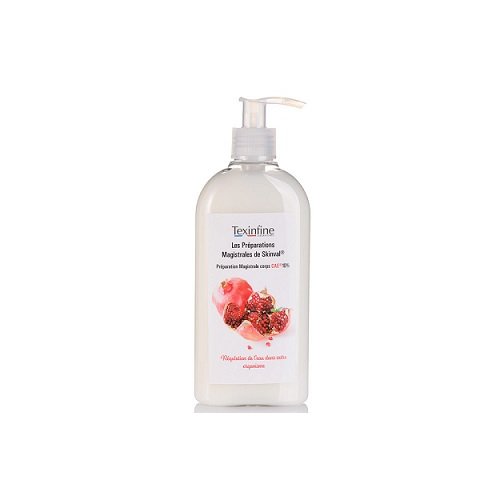 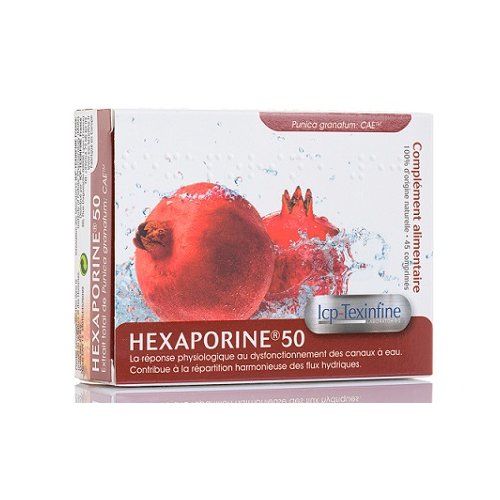